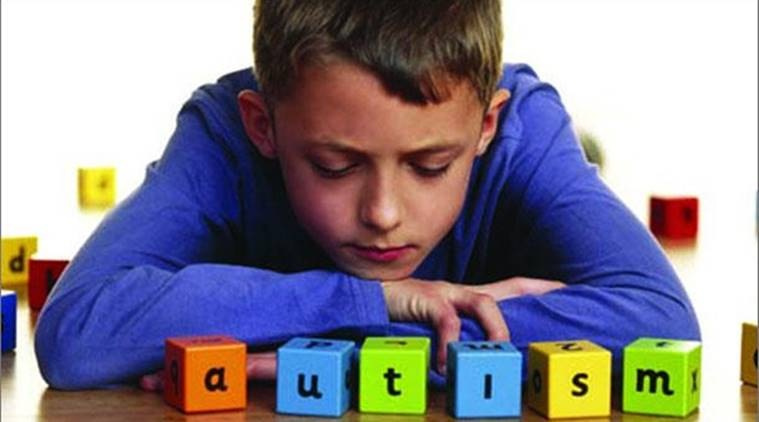 Although the autistic spectrum covers a wide range of disorders and disability, individuals with Autism have difficulties in three main areas: social interaction, communication and imaginative play. They also exhibit repetitive behaviour and a resistance to change. It is a developmental disorder of the central nervous system. The first signs of this disorder typically appear before 3 years of age. Although treatment has improved greatly in the past few decades, autism cannot be cured. It persists throughout life. It’s estimated that three to six of every 1,000 children have autism. A recent increase in the number of autism cases in the United States may be the result of improved diagnosis and changes in diagnostic criteria.

The disorder occurs three to four times more often in boys than in girls. The severity of symptoms is variable. Some children with autism will grow up able to live independently, while others may always need supportive living and working environments. The cause of autism isn’t clear, and there’s no cure. But intensive, early treatment can make a difference. Autism is called a spectrum disorder, and also called a brain disorder where the victim displays very restricted and repetitive behaviour. They have social interaction problems because others do not know how to relate to them. Some autistic children are just brilliant in whatever they do, because they learn continuously. They are highly focused, do not fit into the school system and have poor social relationships and eyes contact. They can be quite paranoid and oppositional, and high moral and ethical. They can persist with a topic for 20-30 years without being distracted by what other people think.

They can produce in one lifetime the work of three or four other person. The Autistic repetitiveness and focused on one subject is key to their success. Their biggest handicap is that they don’t understand social interaction the way we normal people understand it. What is humorous to us is not humorous to them and on the contrary, they find humour in something that we take as very serious. This is just an instance.

Signs and Symptoms : If your child has autism, he or she may develop normally for the first few months — or years — of life and then later become less responsive to other people, including you. You may recognize the following signs in the areas of social skills, language and behavior: Social skills ,Fails to respond to his or her name Has poor eye contact, Appears not to hear you at times, Resists cuddling and holding, Appears unaware of others’ feelings, Seems to prefer playing alone — retreats into his or her “own world” Language ,Starts talking later than other children, Loses previously acquired ability to say words or sentences, Does not make eye contact while making requests, Speaks with an abnormal tone or rhythm — may use a singsong voice or robot-like speech, Can’t start a conversation or keep one going, May repeat words or phrases verbatim, but doesn’t understand how to use them Behavior, Performs repetitive movements, such as rocking, spinning or hand-flapping.,Develops specific routines or rituals.,Becomes disturbed at the slightest change in routines or rituals.,Moves constantly.,May be fascinated by parts of an object, such as the spinning wheels of a toy car.,May be unusually sensitive to light, sound & touch. This is a type of psychological disorder.

It has negative and positive aspects also. The research over 1600 Autistic patient have proved that many leading figures in the field of science, arts, politics and other fields of society had success because they had Autism. According to astrology 2nd house is the house of social contact and speech (kutamb and Vani)

If 2nd house and Karaka Mercury for Vani are afflicted, one suffers from a defect in social behavior and speech or does not like to talk much. He desires to focus on one subject. The prominent among various things that can be examined from the 5th house is intellect. Jupiter is karaka for intellect who discriminates right and wrong and gives capacity to understand. Moon is karaka for childhood. The prominent things that can be examined from Moon, are firmness or wavering of mind, impatience, stamina of the individual. It gives mental tranquility and inner quietness or restlessness. After going through various classics, the disease Autism was found in the following shloka: Vak Sthanesh Gururva, Vyaya, Ripu, Vilaya Sthanago, VAGVIHINA. Meaning, If 2nd house lord or Guru is in 6th, 8th or 12th house, the person is without speech. This is because, Guru is also 2nd house Karaka and this house represents speech. We have to interpret Vagvihina in modern context. Vagvihina does not means only without speech but also means that the native does not like to mix up and gossip. Quality of speech is governed by Mercury. Afflicted Mercury makes one a rank liar a Shatha, Dhurta and a Gambler. The 8th house is 7th from 2nd house and planet in 8th has full aspect on 2nd. The 8th house is the house of research, meaning hard and continuous work, focus on one subject and repetitiveness. The 8th house is 4th from 5th, indicating purva punya of education. If there is an aspect of strong benefit on 8th house, it makes the native very genius in research matter. If 8th house is strong and its lord is well placed, it produces genius like Newton and Einstein. It gives positive aspect of Autism. If 8th house is afflicted and lord is weak and ill-placed, it produces a negative aspect of Autism. The 2nd house is occupied by Ketu and 2nd lord Moon is posited in 6th house in debilitation and receive the aspect of Ketu without any benefit aspect and in Navamsha Moon is posited in Lagna in the sign of enemy Saturn. Therefore 2nd house and 2nd lord Moon are afflicted. The 5th house is aspected by its karaka Jupiter and 5th lord is posited in exaltation in 10th house, the strongest Kendra along with 3rd lord Sun gives the stamina to work hard, Mercury the Lagna lord and 4th lord, and Saturn the 8th and 9th lord. There is an exchange between 9th lord Saturn and 10th lord Jupiter, forming the Raja yoga. We find that the 8th house is occupied by exalted Mars in the axis of Rahu/ Ketu. The Lagna lord Mercury is combust and debilitated in 10th house, but posited with exalted Venus. So has neecha bhang Raja yoga. Similarly Saturn is combust, but exalted in Navamsha in 10th house fully influencing the horoscope. A genius is born when Sun, Mercury and Venus are posited in the kendra in the sign of benefic planets i.e. Jupiter, Mercury, or Venus.

He has Sun, Mercury and Venus in the strongest kendra 10th in the sign of Jupiter. The Ketu is Ganesha, or tail of dragon. He has no tongue to speak. i. e. concentration on one subject for research, continuous work for hours with out any distraction is in 2nd in the house of social relations. So he has no connection with the society, so he remained absorbed in his subject. Rahu/Ketu are also strong in Navamsha. So he was a genius, but Moon is debilitated in 6th house and strong in paksha bala giving stamina to work hard for hours together. Due to his stamina and hard work, concentration only on his work, no distraction of family and society he gave the world the theory of Relativity. He became immortal due to strong influence of 8th house. It is a positive effect of Autism that so many scientists, politicians, artists and writers have, with out autism i.e hard work, focus on one subject no research can be made and no heights can be touched. But in general Autism has negative effect also. The child and young person is problematic for the parent and the society. It is diagnosed in childhood generally. Autism case No.1 : The 2nd house is aspected by Mars, the 8th lord, associated with Rahu, The 2nd lord is posited in 10th with Mercury the lagna lord. Mercury and Venus are aspected by Mars again. Mercury and Venus are sandwiched in between Sun, the 12th lord and Saturn, the 6th lord. The lagna lord Mercury is posited 12th in the sigh of Saturn in navamsha.

The lagna, 2nd, and 5th house are afflicted . Mercury, Jupiter and Moon are also afflicted. Autism Case No. 3 : He was born in Ketu/Ketu dasha. The lagna is aspected by Saturn and lagna lord Venus is posited in 8th with Mars, the 2nd and 7th lord, Maraka for the lagna. 2nd house is aspected by own lord Mars from 8th, 2nd lord is posited in 8th, with 8th lord, Mars is posited in friends sign Sun, dispositor of Rahu., in Navamsha, aspected by 6th lord Jupiter. 5th house is occupied by Ketu and 5th lord Saturn is posited in 7th, Maraka, in debilitation and posited in 2nd in sign of Mercury in Navamsha. Moon is posited in 7th with debilitated Saturn. Mercury is combust and Jupiter is malefic for the lagna being 3rd and 6th lord and posited in 6th house. So all the factors are afflicted in the chart and native is suffering from Autism. 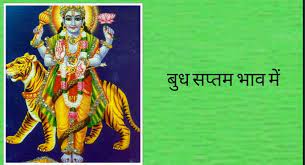 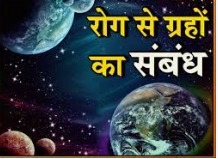 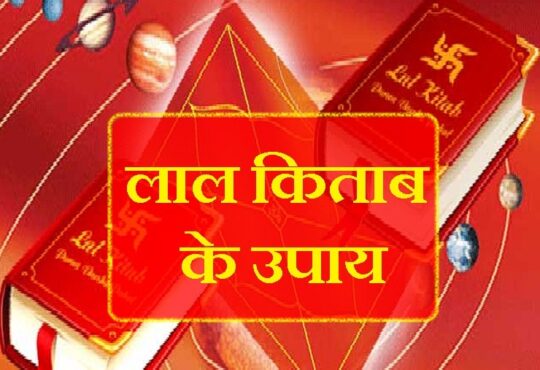 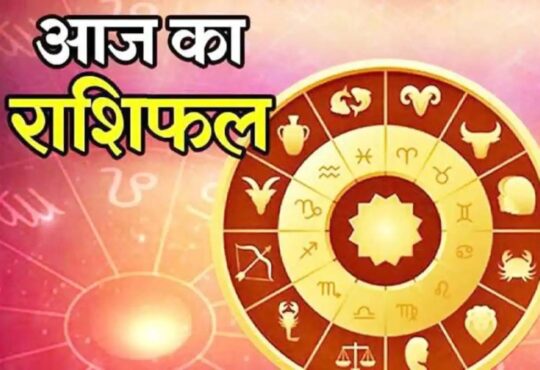 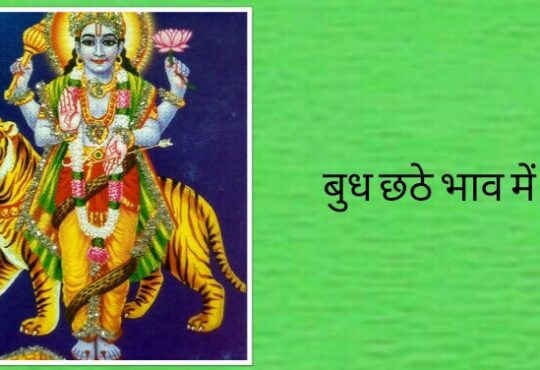